In Honor of Community Organizing

As a historian of African Americans in the American South, my respect for community organizers is measureless. These were the people that got tired of the status quo and shook things up, who kicked Jim Crow’s ass mercilessly after he had beaten them down for decades. For the organizers who came from the communities seeking change, there was not even the little bit of escape that organizers from outside the communities had—there would be no going home (or back north) to rest your weary body or regroup. Your home might have been firebombed or riddled with bullets or you might have been evicted from it.

So here is some suggested reading about the power and effect of community organizing: 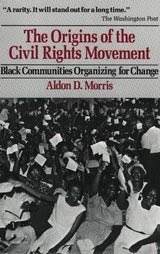 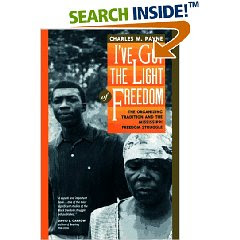 Charles Payne, I've Got the Light of Freedom: The Organizing Tradition and the Mississippi Freedom Struggle

And here are two community organizers, women I love, historical figures whom I highly revere. 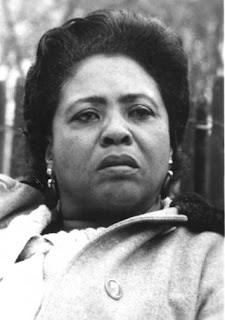 She grew tired of a life dictated by sharecropping and white supremacy and decided to make a change. She tried to register to vote and took some members of her community with her. After being arrested and evicted, she kept on. She worked to register voters. She was arrested again and beaten. She helped organize Freedom Summer. She, along with other delegates of the Mississippi Freedom Democratic Party, appeared at the Democratic National Convention to show the other Democratic Mississippi delegation as a farce--it only represented white Mississippians. After the peak of the Civil Rights Movement, she didn't stop working for her community. From Wikipedia:

I don't think that's anything to make fun of. 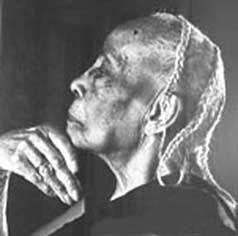 I know her most for her work with adults, teaching them to read and about citizenship education, through the Highlander Folk School. From the AT&T South Carolina African-American History calendar:

Long before sit-in demonstrations and bus boycotts, Mrs. Septima Poinsette Clark waged a personal war against racism. in the early 1920s, she was involved in efforts to allow blacks to teach in public schools in Charleston. But after she was named vice president of the Charleston branch of the NAACP, she was barred from teaching in South Carolina public schools. She was firm in her resolve and never wavered in her support of the NAACP. Mrs. Clark spent all of her life to insure a better lifestyle for all people. She worked with the YWCA, the Tuberculosis Association, and the Charleston Health Department.

She provided valuable training to the residents of the Carolina sea islands. She also established schools for illiterate adults. Septima Clark's national prominence came as a result of their work to establish citizenship schools throughout the 11 states of the Deep South. When legislation called for Americans to be able to read and interpret portions of the Constitution in order to register to vote, Mrs. Clark devoted her time to teaching these skills to thousands of southern blacks. Based on her experiences at the Highlander Folk School near Chattanooga, Tennessee, the citizenship schools were formed to teach blacks to read, write and understand the basic structure of the government.

Excellent information! Thank you for participating in our 'Day of Blogging for Justice: Community Organizers'...

Excellent post! Thanks for the information.
I think the organizers of today's blogging effort should be applauded for getting the word out about this Blogging Day For Justice! I am honored to join the ranks of other Community workers to let our voice be heard! I am proud to be a Community Worker and Community Organizer!
Blessings!

I would argue that this nation's history is full of community organizers (certainly from the CR movement, but also elsewhere.) How about Jane Addams and other Settlement House movement workers? Could we even say that Sam Adams was a community organizer?

The problem is precisely that community organizers *are* honorable, serious, powerful, etc., and a lot of famous ones are Black.
The GOP is being racist here, etc. They are trying to disable and discredit, and raise in whites the fear of nonwhite persons. What if they finally get equality? Oh no no no, vote Republican.

thanks for stopping in, all.

I haven't read I've Got the Light of Freedom. I'll be trying to get my hands on a copy tomorrow.

@Profacero: Yep, this shit is racist and classist to the core.

I've read a good bit of the origins of the civil rights movement; it's a great book so far.