My Mama and the Storm

My mama is the kind of devout, sanctified-church-raised Christian who "gets the Holy Ghost." She claps her hands. She cries out. She dances. She might run. Whatever she feels the spirit moves her to do.

And my sister and I, who are not particularly demonstrative or particularly religious, look at each other. Sometimes, I make a dry comment which irritates my beloved best friend who tells me gently, "You don't know her story. You don't know why she gets happy."

Last night, someone posted the words to the song "I Told the Storm" on Facebook. Every time I hear that song, I think of my mama's praise. My BFF is right; I don't know her whole story. But I know a few of the things she has come through and it is enough to make someone "shout."

My mom was born to a single mother in the rural South in 1949. Now, having felt stigmatized myself as a single mother a half-century later, I can't imagine how hard my grandmother's life and the lives of her children were. But my mama has told me about the nights when there wasn't quite enough to eat, the days when someone else fed them, the clean but patched and repaired clothes, the condescension of her step-grandmother who once told a social services caseworker that my grandmother and my mother wouldn't amount to much, because my great-grandmother hadn't been worth anything before she died.

My mama has told me, for my book, about her work in an industry that was physically and emotionally demanding, exploitative, and exhaustive. She has told me about her unrealized dreams of being a teacher or a hair dresser.

And she didn't have to tell me about the ups and downs of negotiating a four-decade marriage. I witnessed enough. I adored my father, love him still, but being a good father didn't always make him a good husband. That is not my story to tell, but my mother endured much.

I have seen my mother sacrifice so much for her family, for us--her hard-headed, smirking, dry-commenting children. I've seen her weather storms--money problems, job loss, caring for and losing a sick parent and sibling, settling arguments, rescuing cash-strapped children, diabetes etc, etc. So when I hear, "I Told the Storm," I think of my mama.

But these are good tears. Because I don't know her whole testimony. But I know she has survived with her smile and her spirit intact. She's still clapping her hands. She's still crying out. She's still dancing. She's still running. She still has faith, not only in her God, but in the worth and goodness of people. And she's telling her storms just what the lyrics say:

Death can't take me
Job can't make me
Bills can't break me
Disease can't shake me
You won't drown me
My God surrounds me
That's what I told the storm!

My mama has that kind of joy another old song refers to: unsinkable joy that the world didn't give and the world can't take away. I believe part of Psalm 30:5 is inscribed on her heart: "weeping may endure for a night, but joy comes in the morning."

I Told the Storm Lyrics:

Even though your winds blow I want you to know
You cause me no alarm cause I'm safe in His arms
Even though your rain falls I can still make this call
Let there be peace now I can say go away
I command you to move today
Because of faith I have a brand new day
The sun will shine and I will be okay
Thats what I told the storm
(the storm, the storm)

Vamp 2
(Oh death) Death can't take me
(Job can't make me) Job can't make me
(No matter how the fares of this world...) Bills can't break me ( may seem to way me down)
Disease can't shake me
You won't drown me
My God surrounds me
That's what I told the storm
(repeat vamp 2 one more time)

That's what I told the storm (repeat until end and fade)
Posted by elle at 10:57 AM No comments:

"It is as if ancient graves, hidden deep in the shadows of the psyche and the earth, are breaking open of their own accord. Unwilling to be silent any longer. Incapable of silence. No leader or people of any country will be safe from these upheavals that lead to exposure, no matter how much the news is managed or how long people’s grievances have been kept quiet. Human beings may well be unable to break free of the dictatorship of greed that spreads like a miasma over the world, but no longer will we be an inarticulate and ignorant humanity, confused by our enslavement to superior cruelty and weaponry. We will know at least a bit of the truth about what is going on, and that will set us free. Perhaps not free in the old way of thinking about freedom, as literal escape from enslavement in its various forms, but free in our understanding that our domination is not a comment on our worth."

You wonder how the mind of someone with an attention deficit works? Let me tell you my last three hours:

read,
spontaneously decide to go for breakfast,
write, write, write,
daydream about a jazz song I used in my civil rights class,
go to Abbey Lincoln on youtube,
think about Elle Varner and switch to her,
stern admonishment to myself to focus,
write, write, write,
see a reference to the Great Dismal Swamp,
wonder what's the difference between a swamp and marsh,
realize I can't define either,
look both up,
began reading a dissertation about the melding of cultures in the Great Dismal Swamp,
intrigued by the existence of maroon colonies there,
began to search for more info on that,
FOCUS, elle!
write, write...
hey maybe I need a break,
read 10 pages, the heroine in the book roasted some tomatoes,
ooh that would be good!
let me go to foodnetwork.com and look up a good recipe...
hey, the Neelys baked tomatoes yesterday--let me see when that comes back on, is there a bug caught between my blinds and window?
why yes there is! somebody come kill it!
focus, girl.
write...
take time from what I am working on to jot down more words for the blog post I am writing out by hand about Trayvon Martin
I am now appropriately medicated, but that is going to make me soooo sleepy. But until then, write, write, write...
Uh-oh, my nephew just asked me to help him find baseball movies on Netflix...

I don't know how I get anything done.
Posted by elle at 10:30 AM No comments:

Labels: My Life, Silly Me, Writing

If you haven't, you MUST read the entire post over at The Black Snob:

"If you have a child, what do you tell them? Especially him. What do you tell him? How do you tell him as his mother or his father or his grandmother or grandfather that you, the person he loves and trusts and believes in more than anyone in the world, that you can keep him safe? How does he believe you now? He knows you're full of shit now. He's on Facebook. He's heard and read about Trayvon. Someone who looked like him. Someone who was "good." How do you tell him that if he just stays in school and is "good" it will be OK? How do you tell him to handle something like this? Not a cop, just some guy. Some crazy self-appointed neighborhood watch guy with a gun who thought he was Batman that night? If you're a good parent you tell your kid that if some guy, some scary guy is following them, you tell him to run and if he can't run, to defend himself. Bad men in cars to terrible things to children and teens. You tell your son, if you can't run, if you can't get help, do whatever you have to do to stay alive. Fight, run, call out for help, make yourself trouble. Go down fighting, if you're going down. Don't do the thing the stranger in the car with the gun wants you to do.

But that doesn't keep you safe.

...there is no path that promises your child will be safe. And this is the world that we live in."

And that terrifies me.
Posted by elle at 10:21 AM No comments:

Thinking about and sadly inspired by Trayvon Martin. More to come.
Posted by elle at 8:55 AM No comments:

When called out for a hateful, misogynistic tirade, please have a more original response than, "One of the greatest illustrations of [a double standard] is that rappers can practically say anything they want about women, and it's called art."
Posted by elle at 1:30 PM No comments:

Just because I love it and I wish I could dance like this...

Yes, I know that part of the amazement and cheering is probably because, "Wow, they're big and they can move like that?" because fat people don't move and dance and exude such confidence, of course. But I like to pretend that it's an ideal world and the cheering is all because this is some bad-ass dancing by some bad-ass women.

And speaking of full figured and beautiful... 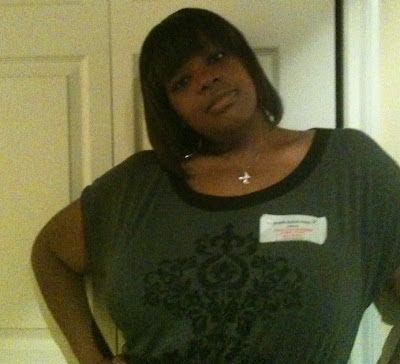 Easing You Into Women's History Month...

My godson Myles on the wonderful Marian Anderson (It's worth the time to listen to Myles AND scroll through the Penn exhibit linked.)